I put off watching WHAT WE DO IN THE SHADOWS after seeing the trailer, as I thought the conceit was funny but would be hard to sustain for an entire movie. Boy, was I wrong. They pulled it off and then some. It’s damn funny almost throughout.

This New Zealand film is a mockumentary about vampire housemates (Jemaine Clement of FLIGHT OF THE CONCHORDS, Taika Waititi, Jonathan Brugh) dealing with immortality and being a vampire in modern times. When they befriend a human and turn a hipster into a vampire, they deal with the disruption.

The vampires are all tropes–you’ve got Nosferatu, Dracul, an Anne Rice vampire, and the new kid who sees himself as a TWILIGHT vampire. The intersection of these tropes and the mundane modern world is unexpectedly hilarious, charming, and never phoned in. The film plays it all with heart, subtlety, and a lot of fun.

If you like the movie, FX just signed up 10 episodes of a series based on it. 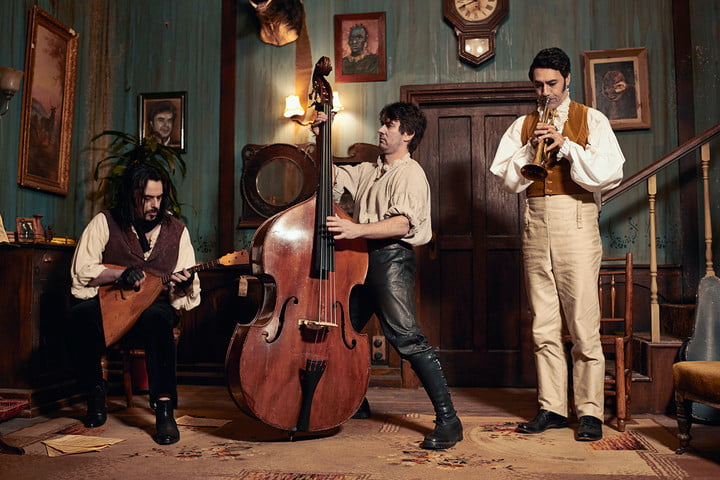