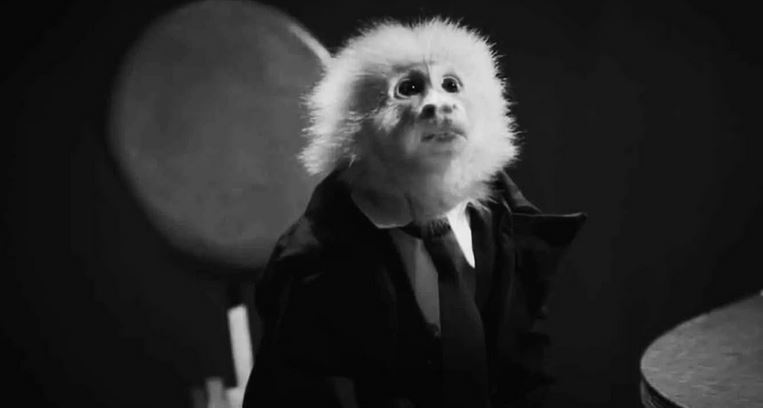 Written and directed by David Lynch, WHAT DID JACK DO? is an oddball black-and-white short film (17 minutes) starring the master of weirdness himself as a detective who confronts a capuchin monkey named Jack Cruz in a train station cafe, and interrogates him as a suspect in a murder.

Turns out Jack is a tormented soul and is in love with the wrong chicken, and the detective is relentless in his questioning, with the interrogation obtuse and taking plenty of odd turns, especially when the monkey starts singing about true love’s flame. The whole experience is surreal and despite much of it being almost nonsensical, there’s a coaxing quality to it, especially because of that damn cool monkey. I could have watched a whole feature film of Jack Cruz extolling his oddball philosophy with his expressive eyes and little suit.

Anyway, if you dig surreal, check it out. It’s a lark, it’s short, and it’s just good weird fun.