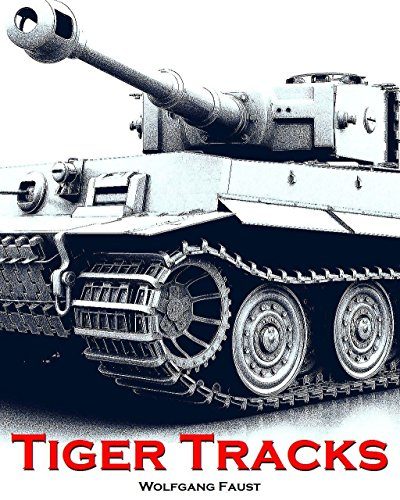 TIGER TANKS by Wolfgang Faust tells the story of a two-day operation as experienced by the driver of a Tiger I tank during WW2 on the grinding Eastern Front. The book is short and virtually without plot. The tanks advance, withdraw, defend a bridge.

That being said, the descriptions of tank combat are incredible. If you like military fiction, particularly the WW2 kind, it’s a gripping read. Gory and brutal.

The book is somewhat controversial. It is purported to have been written as a memoir of a tank driver and originally published in Germany in the 1940s. However, the events in the story beggar belief. Many negative reviews challenge the authenticity of the book on a variety of technical and historical details. Wolfgang Faust is a pseudonym.

I found TIGER TRACKS hard to believe as a memoir but an entirely engrossing tale of tank warfare. Check it out of if you enjoy action-packed war fiction.