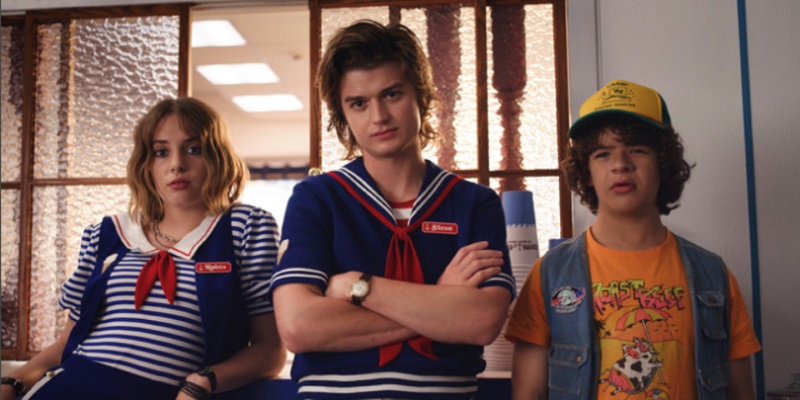 In Season 3, the kids are older and leaving childhood (and their dark past) behind, while the small town of Hawkins is undergoing its own change as the new Starcourt Mall ravages local businesses. Unfortunately, strange things are once again afoot, this time by the Soviets, who are trying to build their own dimensional gate. The rift has already allowed enough of the Mindflayer to get into our world to begin infecting local townspeople toward an apocalyptic end. Now it’s up to Hopper, Joyce, and the kids to band together to save the world once again.

This season was a real delight, as the show is evolving to revisit old themes while providing fresh material and character development. Everything about the show has great integrity to it, even the heavy ’80s references and nods to films like INVASION OF THE BODY SNATCHERS and THE TERMINATOR. The kids are cute but this isn’t overplayed either, thank God. (It’s weird how well the Duffer brothers write kids, as in interviews with them and the child actors, they are super awkward around actual children.) The three main story lines are each enjoyable on their own and come together perfectly at the end in a show that is an example of textbook storytelling.

Then there’s Robin, played by the beautiful and hilarious Maya Hawke (Ethan Hawke’s daughter), who along with Steve Harrington (Joe Keery) steal the show as kids working an ice cream shop who crack an intercepted Russian code and discover the Soviet base. Their scenes were the best part for me.

Overall, two thumbs up for this season of STRANGER THINGS, and I’m looking forward to the big finale next year.