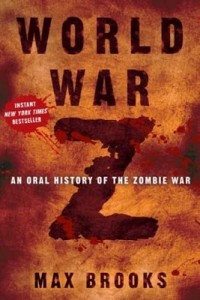 Script Shadow reviews an older draft of the screenplay for the World War Z film adaptation. It’s heading in a direction that will miss its potential to achieve the sense of epic global panic and collapse that was so well conveyed by the book, imho, while oversimplifying what was obviously a complex event (worldwide zombie war) so that the lesser intelligent can easily moralize about it.