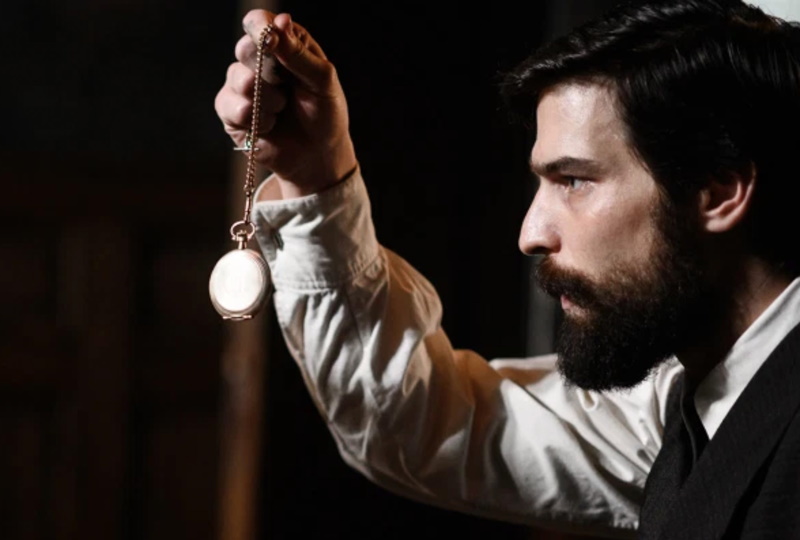 Streaming on Netflix, FREUD is an Austrian-German series re-imagining the life of a young Sigmund Freud. It’s over the top and has some very engaging elements, but it’s light on ideas, making it more ABRAHAM LINCOLN: VAMPIRE HUNTER than LINCOLN.

Set in Vienna, the capital of the Austro-Hungarian Empire, in 1886, the series centers on three characters, Sigmund Freud himself, a young psychiatric doctor who wants to make a name for himself so he can afford to marry his love; Fleur Salomé, a medium who appears to have genuine psychic abilities; and Alfred Kiss, a police inspector haunted by the war with Prussia some years earlier. Kiss is investigating a series of bizarre murders involving people who snap and go wild. Salomé is being used as a tool to entrance people so they can be hypnotized as part of a nefarious plot. And Freud becomes snarled as he seeks to save Salomé and foil the plot.

One thing you can bank on with a European historical drama, they know how to set the time period with fantastic world building. From costumes to sets, everything rings authentic. The story is sensational but engaging, providing an intriguing mystery as to what Salomé’s handlers are up to. Kiss steals the show, tough and unflinching and haunted by his war. It all comes together in a strong climax where all is revealed, and a very well put-together denouement that explores various consequences of what happened and completes Freud’s story. The show doesn’t blink at copious amounts of blood, murder, drug use, and nudity, making it a pretty sensational watch.

There’s something missing, though, which is any gravitas at all. While it’s accomplished in the denouement in the last episode, the rest of the series play it serious without really being such. Freud largely reacts to what happens to him, and he has really has no ideas of his own. These evolve over the course of the series, but it would have been great–seeing as this is a show about the father of modern psychology–if he started the series with any ideas other than believing psychological disorders can manifest as physical symptoms and that hypnosis works. He argues with the doctors who run the asylum where he works, but he never debates them, resulting in a missed opportunity to make the viewer think the way MINDHUNTER did.

The result is titillating if somewhat light fare, a story that fails to capitalize on what might have been accomplished by making Freud a stronger, more influential character. Still, while it’s not faring well with critics, I enjoyed it and found it worth a watch.