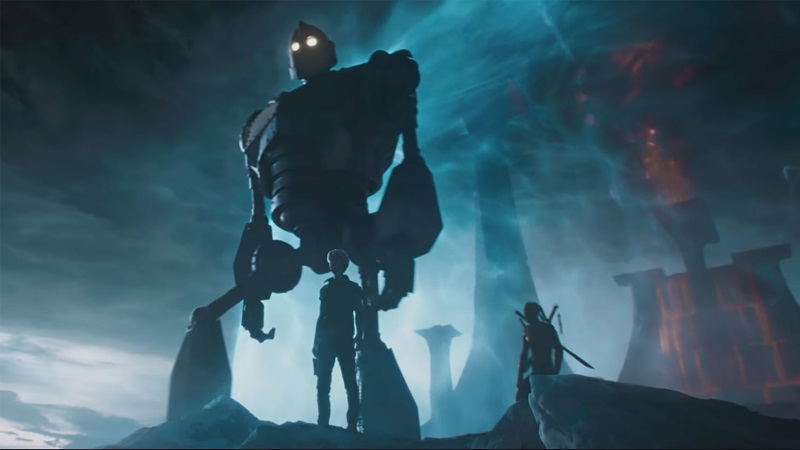 READY PLAYER ONE (2018), based on Ernest Cline’s 2011 novel, is a really fun, visually stunning sci-fi film that left me feeling kind of empty.

It’s the future, in which overpopulation and environmental depletion have created a dystopia where the vast majority is poor. To escape their lot, most people engage in a global MMO game called the OASIS. When the film begins, we learn the game’s creator died and left a challenge for the players–anybody who finds three keys in OASIS’s online universe will win control of the entire company (and hence, the universe). Another corporation is financing an effort to find the keys so as to win control of their rival and its riches.

Enter Wade (Parzival online, played by the likeable Tye Sheridan), who teams up with friends and Art3mis, a badass gamer chick, to crack the keys by studying the creator’s life and pop culture for clues. He’s on a never-ending quest to find the keys. His goal is to keep the OASIS free so it’s not exploited by other corporations, who would ruin the fun with ads and nickel and diming charges. The action online spills over into the real world, as Wade and his friends battle the bad guys and search for the keys in a universe teeming with more than 100 pop culture references.

Visually, the movie is stunning, and while the third act drags as it struggles to bring everything to a finish, it’s a briskly paced, action-packed story. The characters are likeable enough, and we want them to win. There is plenty of pop culture references to keep people yelling, “Ha! I remember that!” (I’m not that kind of guy, though I did love that the bad guy bore a striking resemblance to the teacher in THE BREAKFAST CLUB.) Where the film fell flat for me was in its themes.

First, we see that humanity has given up on the real world. Nobody is interested in solving the problems humanity created, they just want to escape online into a universe that has become more real to them. That’s just depressing no matter how you cut it, made worse by the fact in the real world Wade has no friends or much of a family, and goes so far as to confess he’s in love with Art3mis when he barely knows her and only knows her as an avatar in a game. He never learns that maybe he shouldn’t live his whole life online but instead try to engage with the real world and find the same level of meaning and purpose there.

Second, Wade is supposed to learn that the game creator is just a guy with humble beginnings, but that same game creator required Wade to intensely study his life to solve the puzzle. This is connected to the third and biggest thematic flaw, which is knowledge of pop culture is far more important than becoming a better person through the messages pop culture delivers. All the good guys are obsessed with pop culture, with the coolest being able to recite Monty Python by rote and the like, while the super-lame bad guys don’t really care about pop culture.Wade is rewarded for the equivalent of knowing every line of HARRY POTTER, but not for knowing and acting on the moral lessons that make HARRY POTTER great. Imagine how satisfying the story would have been if Wade was say in HARRY POTTER world to find a certain key, uses his knowledge about HARRY POTTER to get close to it, and then has a choice to be selfish (appearing to win but ultimately losing) or act on the themes in HARRY POTTER and win, growing into a mature human being in the process.

In the end, I liked the movie, because, well, Spielberg–it’s big budget, bold, fast-paced, action-packed sci-fi packed with great world building and eye candy–but didn’t love it, as its themes were hollow and unsatisfying.