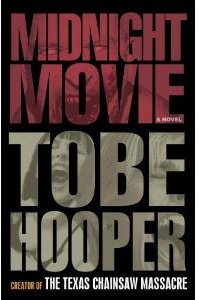 In MIDNIGHT MOVIE by Tobe Hooper, director of THE TEXAS CHAINSAW MASSACRE, the author attends a midnight screening of a film he shot as a teenager and has since, due to an accident, forgotten. The screening creates an epidemic of madness that takes one of several horrible forms, including zombies. While I found the explanation for the epidemic and the resulting ending to be weak, the story is wildly imaginative and intense, with a strong voice; I tore through it in about a day. Recommended.